Description
The debut of a sparkling and reassuring memoirist -- an inspiration to late bloomers everywhere"I like to consider myself a late bloomer, meaning someone who will eventually, however late, come into bloom. Although when and if I will bloom remains a mystery. I wish I knew how to speak a foreign language fluently. I wish I knew how to cook a simple roast chicken, or that I had read The Idiot, whose main character sounds like someone I can relate to."In quick succession, Amy Cohen lost her job writing sitcoms, her boyfriend (with whom she'd been talking marriage), and her mom, after a long bout with cancer. Not exactly the stuff humor thrives on, is it? But filtered through Amy's worldview, there's comedy in the most unexpected places. In this unforgettable, engaging memoir, she recounts her (seemingly) never-ending search for love, her evolving relationship with her widowed dad, and her own almost unintentional growth as she stumbles through life.Filled with observations sweet, bittersweet, and laugh-out-loud funny, The Late Bloomer's Revolution will be irresistible to anyone who believes her greatest moment is yet to come.
Also in This Series

Note! Citation formats are based on standards as of July 2010. Citations contain only title, author, edition, publisher, and year published. Citations should be used as a guideline and should be double checked for accuracy.
Staff View
Grouped Work ID:
8750feba-eac2-f7f4-0656-8fa6461b5ab9
Go To GroupedWork 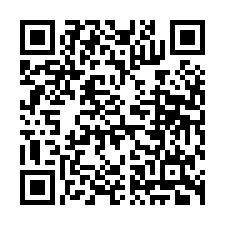