Description
Martin Cortes was the first, and illegitimate, son of the conquistador Hernan Cortes and the indigenous American woman who translated for him-the legendary Malinche. Taken from his mother as an infant, he was raised in Cuba by paternal relatives. At six he went to Spain with his father to become a page in the service of the Spanish prince. In his twenties, Martin fought as a soldier of Spain in Germany, France, and Algeria. Later, Martin was ultimately fated to resist the Spanish Crown andto die far from anywhere he might call home. Today, he is remembered by Mexicans as the first mestizo, emblematic of Mexico's dual heritage.Like Lanyon's earlier book, Malinche's Conquest , this one is an engrossing and evocative story, bringing to life those extraordinary times in the sixteenth century. It is a tale of intrigue and identity, exploring Martin Cortes's relations with his famous father, his half-brother, his mother's people, and his Spanish and New World loyalties. It is a stimulating reflection on the processes of history and legend and on the nature of the human spirit caught between conflicting worlds.
Also in This Series

Note! Citation formats are based on standards as of July 2010. Citations contain only title, author, edition, publisher, and year published. Citations should be used as a guideline and should be double checked for accuracy.
Staff View
Grouped Work ID:
cb6b3f07-ac7b-85bb-63c5-dd556ad86092
Go To GroupedWork 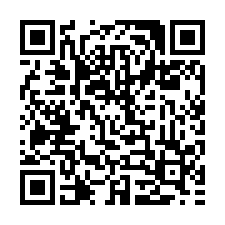