Not a day care: the devastating consequences of abandoning truth

Description
"You must read this book. Everett Piper is a man of courage and conviction. He stands nearly alone as an academic leader confronting the ideological fascism of the snowflake rebellion. His call for intellectual freedom must be heard." --Glenn Beck, founder of The Blaze Network "While others run from the battle Piper shows over and over again at least one person is willing was to run toward it... Finally, a voice of sanity in the halls of the ivory tower..." -- Josh McDowell "Finally, some clarity in our murky times! Everett Piper exposes the shallowness and tragedy of so much of modern education." --Sean McDowell Dr. Piper is a dose of reality in a world of college fantasies. He says and does whatever college president ought to say, but won't. -- Jim Garlow What has happened to the American spirit? We've gone from "Give me liberty, or give me death!" to "Take care of me, please." Our colleges were once bastions of free speech; now they're bastions of speech codes. Our culture once rewarded independence; now it rewards victimhood. Parents once taught their kids how to fend for themselves; now, any parent who tries may get a visit from the police. In Not a Day Care , Dr. Everett Piper, president of Oklahoma Wesleyan University and author of the viral essay, "This Is Not a Day Care. It's a University!," takes a hard look at what's happening around the country--including the demand for "safe spaces" and trigger warnings at universities like Yale, Brandeis, and Oberlin--and digs in his heels against the sad and dangerous infantilization of the American spirit.
Also in This Series 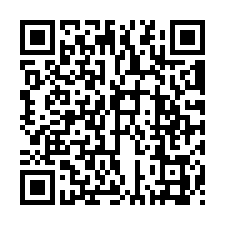