Description
More than 100,000 Copies Sold in the Civil War Battle Series Following the defeat of Confederate forces at Chattanooga in November 1863, the battered Rebel army retreats to winter quarters at Dalton, Georgia. The following May, a large Union army led by Gen. William Tecumseh Sherman leaves Chattanooga and northern Georgia camps and marches south to Atlanta and ultimately arrives at the coastal city of Savannah, laying waste to the territory through which it passes. If Sherman is successful, Georgia will be divided and Confederate supply lines will be disrupted even more than they already are. Cory Brannon, who is bitter over the failure of the Confederate army at Chattanooga, takes part in a series of battles as the Army of Tennessee retreats slowly toward Atlanta during May and early June. By the end of August, Atlanta is lost and the Confederate retreat continues. Meanwhile, the Brannon family farm in Culpeper County, Virginia, is now behind enemy lines. Titus is fighting in the Shenandoah Valley with Mosby's Rangers, the great Ebersole plantation house at Mountain Laurel is in ruins, and Henry has been removed as sheriff of Culpeper County. To everyone's surprise, Cordelia is courted by one of the Union officers. She hates the Yankees but is unable to hate this Yankee in particular, much to her dismay. When Henry kills a Union deserter who attacks Cordelia, he flees to the Confederate lines in Tennessee and arrives in time to participate in Gen. John Bell Hood's disastrous campaign. At the same time, Cory is trapped in Savannah, surrounded by Sherman's marauding hordes. The Union army lays siege to the city, much as it had at Vicksburg. When Gen. William Hardee realizes thatdefending the city is hopeless, he abandons Savannah and heads toward the Carolinas, hoping for the chance to fight another day in another place. Sherman's March to the Sea is now complete, and despair grips the Confederacy. Fractured and defeated at every turn, the nation asks itself how much longer it can continue to fight.
Also in This Series 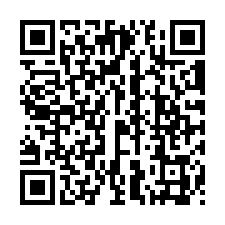