A personal look at a highly curated and special glimpse at the art of Julian Schnabel. The only comprehensive look at Schnabel's work.

American art superstar Julian Schnabel has spent his life pushing the limits of painting and crossing artistic boundaries as an award-winning filmmaker. This major volume examines the connections between painting and film in Schnabel's work, tracing how his paintings exist in dialogue with the cinema and revealing the rich interplay between the two media. Julian Schnabel: Art and Film surveys Schnabel's work as a painter from the mid-1970s to the present and features more than 25 key works.

Surveying Schnabel's career from the 1970s through to the present, Julian Schnabel: Art and Film juxtaposes his large-scale paintings with several of his critically acclaimed films, including Basquiat (1996), Before Night Falls (2000), The Diving Bell and the Butterfly (2007), and Miral (2010). Included in the book are the complete scripts of each of these films, stills chosen by Schnabel, and an interview with Schnabel himself. Julian Schnabel: Art and Film is the first appraisal of how Schnabel's oeuvre bridges painting, writing, and cinema. 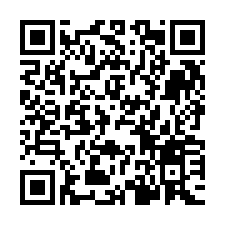