Am I my brother's keeper? »

Am I my brother's keeper?: the ethical frontiers of biomedicine

..". this book is though-provoking, bringing a scientist s reason and a moralist s outrage to bear on a subject that s largely escaped attention." Wired

"Caplan s choice of topics is broad and his opinions challenging.... This volume will interest the general public. It is a good survey of a broad range of ethical issues, as seen by one prominent bioethicist who has thought much about the subject. Caplan s well-merited reputation as a commentator and interpreter between the scholarly and the public arena is reaffirmed in this book." The Washington Post

"Arthur Caplan is perhaps the most quoted bioethicist in the US and this new collection of essays illustrates why." Nature Medicine

..". an important book of essays addressing the most problematic and persistent questions in the realm of contemporary bioethics. He offers a highly readable text balancing irony and incisive analysis with a palpable sense of moral urgency as he confronts a variety of subjects." Curtis W. Hart, BCC

"Careful consideration of some of the knottier bioethical problems of our times, by the director of the Center for Bioethics at the University of Pennsylvania, who fears that cynicism and mistrust have eroded our ability to see ourselves as our brothers keepers." Kirkus Reviews

"Caplan s particular skill is an ability to identify, analyze, and explain the extremely complex moral questions that grow out of changes in health care, science, and medicine." The New York Times Magazine

"An important critical voice for American medicine." The New England Journal of Medicine

..". a useful introduction to a variety of bioethical issues." Library Journal

In this impassioned book, Arthur L. Caplan, America s leading bioethicist, calls for an end to cynicism and mistrust in our approach to resolving health care issues. He brings this vision to discussions of some of the most exciting issues at the frontiers of medical ethics today including doctor-assisted suicide, gene therapy, and the headline-grabbing case of Dolly the sheep and the possibility that human beings might one day be cloned."

Pt. 1. Research, experimentation, and innovation: And baby makes
moral muddles
The intrusion of evil, the use of data from unethical medical experiments
Have a heart? The ethical lessons of the development of the total artificial heart
"What a long, strange trip it's been," the debate over the use of fetal tissue for transplantation research
Pt. 2. Starting and stopping medical treatment for the very young and very old: Hard cases make bad law, the legacy of the Baby Doe controversy
Analogies to the Holocaust and contemporary bioethical disputes about assisted suicide and euthanasia
Will Dr. Kevorkian kill hospice?
Odds and ends
No sale: markets, organs, and tissues
Is the use of animal organs for transplants immoral?
Am I my brother's keeper? Ethics and the use of living donors
Pt. 4. Health policy: Dead as a doornail
sinners, saints, and access to health care
The ethics of gatekeepers
Pt. 5. What is your doctor trying to do to you? Who says you're sick?
Curing what ails the medical model
If gene therapyis the cure, what's the disease?
What's wrong with eugenics?
Do not copy without permission.
Excerpt
Loading Excerpt...
Author Notes
Loading Author Notes...
Subjects
Subjects
Aufsatzsammlung
Bioethics
Electronic books
Ethics
Ethics, Medical
MEDICAL
MEDICAL -- Ethics
Medical ethics
Medizinische Ethik
More Details
ISBN:
9780253333582
9780585319193 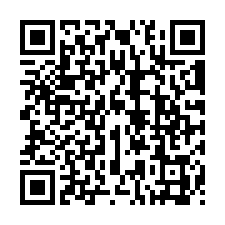