Description
When the Troubles in Ireland were ending, his were just beginning . . . A thriller from the New York Times -bestselling author of The Midnight Bell. Sean Rogan is waiting for freedom. Convicted of staging jailbreaks for his former compatriots, he's just biding his time until his pardon comes through as the fighting finally begins to cease. But he doesn't get a pardon--he gets a daring breakout when his old IRA commander, Colum O'More, arranges for his escape. Because Rogan is needed on the outside. The organization is waning, and a large cash boost is needed to get it back in fighting form. The job is simple: Hijack a load of paper money marked for destruction and bring it home. But the IRA he knew is no more, and the boys he's working with aren't so much patriots as they are treacherous thugs. When the job goes sideways, he learns that loyalty and duty have been replaced by greed and betrayal--and that his friends are no longer very friendly. The author of The Eagle Has Landed and the Sean Dillon novels, Jack Higgins has electrified millions of readers around the world with his gripping thrillers that showcase what action, adventure, and international intrigue are meant to be.
Also in This Series 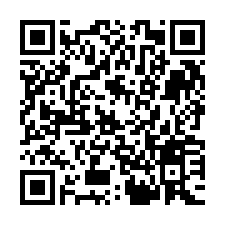