Go-go girls of the apocalypse »

Go-go girls of the apocalypse

Description
Mortimer Tate was a recently divorced insurance salesman when he holed up in a cave on top of a mountain in Tennessee and rode out the end of the world. Go-Go Girls of the Apocalypse begins nine years later, when he emerges into a bizarre landscape filled with hollow reminders of an America that no longer exists. The highways are lined with abandoned automobiles; electricity is generated by indentured servants pedaling stationary bicycles. What little civilization remains revolves around Joey Armageddon's Sassy A-Go-Go strip clubs, where the beer is cold, the lap dancers are hot, and the bouncers are armed with M16s. Accompanied by his cowboy sidekick Buffalo Bill, the gorgeous stripper Sheila, and the mountain man Ted, Mortimer journeys to the lost city of Atlanta -- and a showdown that might determine the fate of humanity.
Also in This Series 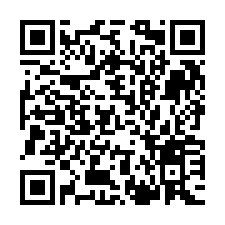