Description
If by 1970 I had started to slip, it wasn't by much. To make more of the decline would be easy: exaggeration resonates in candor. My income had fallen, though not to any depth. That would have required a spectacular reversal, and, contrary impulses notwithstanding, I seem to avoid spectacular actions of any kind. I still had plenty of money in 1970, more than my neighbors could reasonably hope to come by, yet not so much anymore that I could forget them. My lawn was no longer quite big enough nor my hedges high enough. Neil Fox has made a fortune off the 'heads we win/tails you lose' venture capital deals negotiated by his brother, costing him almost everything but money. His ex-wife and daughter spurn him, and he lost his young son years ago. He now lives a carefully plotted life, working as a lawyer at a small investment-banking firm and spending nights at home with a drink. When the affable Bud Younger moves in next door-on a parcel that Neil had sold off-Neil takes an almost instant dislike to him. Bud is nearly everything Neil is not-a gregarious, energetic striver loved by his intact family. When Bud asks Neil to
Also in This Series 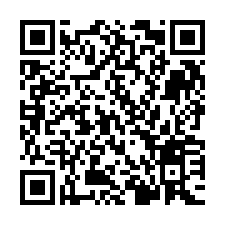